We are a team of qualified and seasoned professionals with ample knowledge and expertise within our respective fields, with the distinction of having served clients from a vide array of industries. 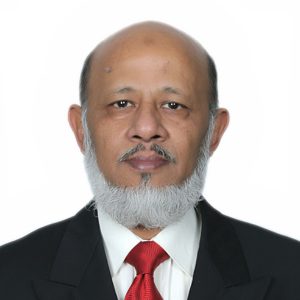 Habib Fakhruddin qualified as a Chartered Accountant in 1980 and joined the firm in the capacity of manager. In 1982, he was inducted as partner of the firm. He is now the Senior Partner of the firm since 1995.

In March 2002, he was engaged by the Government of Pakistan as one of the Member of the Federal Board of Revenue (FBR) from Private Sector for specialized functions. As a Member of the Executive Team of the FBR and Director of Pakistan Revenue Automation Limited (PRAL), a subsidiary of FBR, he contributed to the development of operating and procedural strategy and policies of the FBR and PRAL

Initially joined as Member, Facilitation and Tax Education and successfully established this wing in the Federal Board of Revenue with a personal commitment to facilitate and educate the taxpayers. During his tenure he has successfully implemented the initiatives like tax education literature, helpline, tax software, workshops, seminars, and simplified declaration forms and media campaigns. In addition he remained on various committees of the FBR relating to Business Process Re-engineering and Automation of the business processes.

In August 2005, he was transferred as Member (Tax Policy and Reforms) of the FBR and Project Director (TARP) to oversee the World Bank Funded US $ 149 million Tax Administration Reform Project.

Briefly, the responsibilities as Member (Tax Policy and Reforms) and Project Director (TARP) included the following:

On completion of the contract with the Government of Pakistan, he has actively joined back the professional practice from July, 2008. 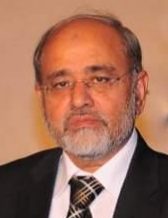 After passing his professional examination from Amin & Co ,one of the reputed firm in Lahore, he joined the Firm as manager in 1990 and later in January 1995 he was elevated as a partner of the firm.

He was one of the founder members of “Alternate Dispute Resolution Committee” mechanism introduced in Income Tax Laws of Pakistan.

Subsequently, he was the Chairman of the Alternate Dispute Resolution Committee. During the course of his duties as chairman and member of ADRC, he has decided more than 25 cases.

He also acted as the